What is the difference?

THC, also known as Delta-9, is a psychoactive compound in Marijuana. In other words, it is what gives you the ‘high’ feeling. Although it is legal in some states, it is still federally illegal. For some consumers, THC may aid with insomnia, poor appetite, and pain relief.

CBD, also known as Cannabidiol, is a non-psychoactive compound in Marijuana. CBD does not get you high, but it does share a lot of benefits with THC. Unlike its intoxicating counterpart, CBD is federally legal and can be bought throughout the United States. For some consumers, CBD may aid with anxiety, stress, and overall well-being. 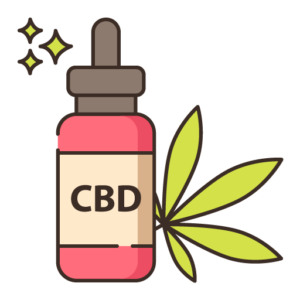 What does it mean?

Nano-emulsification has been growing in popularity over the last few years because of its versatility and ease of absorption. It is a process that improves the delivery of CBD and THC to your endocannabinoid system, making it readily bioavailable, meaning easily absorbed. Since our bodies are water-based, it is especially challenging for them to fully absorb oils (such as extracted CBD or THC) when ingested orally.

Nano-Emulsification is a process where the oil molecules are agitated and broken down into nano-sized particles. By being so small, the consumer no longer has to wait hours for the cannabinoids to reach the liver and start feeling the effects. Instead, the nanoparticles are absorbed by the stomach lining, allowing the onset effects to begin within 10-30 minutes of consumption. Faster onset effects also means a faster come down and less likelihood of over-usage.

It is a highly malleable method of infusion that protects the product’s aroma and flavor. It can be formulated in many different ways, but keep in mind that nano-emulsified beverages are not to be used as mixers. Mixing with other ingredients or beverages may cause destabilization, meaning the oil separates completely from the water molecules, causing the dosage to become inconsistent.

With precise dosing in every bottle and improved technology, you get the same dose every sip

Onset effects last less, giving you greater control than ever